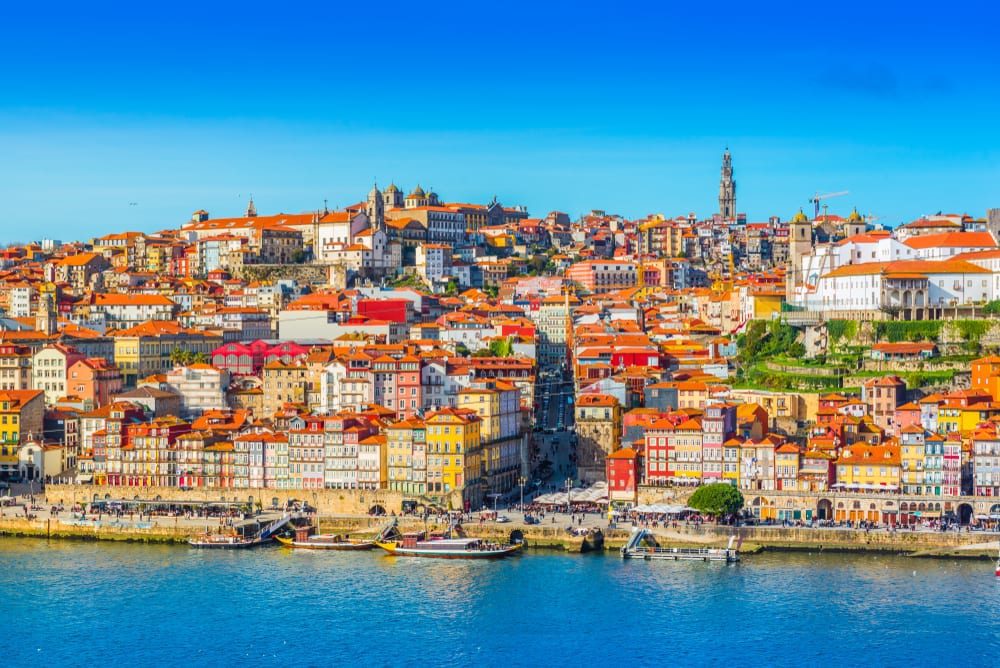 April appeared again almost like a breath of fresh air, as the real estate sector continued to perform relatively well despite the pandemic.

Proof of the continued resilience came in the form of the news, halfway through April, of the increase in investments in the golden visa programme in the first quarter of 2021. Based on SEF – Foreigners and Borders Service, the investment captured through golden visas grew to 125 million euros, an increase of 4.5% compared to the same period of 2020.

The Portuguese government announced an investment of €3.5 billion to build a giant data centre in Sines. The investment comes from Start Campus, a company owned by US-based Davidson Kempner Capital Management LP (Davidson Kempner) and the British firm Pioneer Point Partners. With construction due to start in 2022, involving 900 people in the first phase and up to 2,700 in total, Sines 4.0 is expected to open the first of the five projected buildings by the end of 2023.

With total planned investments planned for Portugal of 20 million euros, Kempen and the pension fund PostNL made their first investment, buying 190 hectares in the Aljustrel area through a fund focusing on sustainable farmland. Kempen Capital Management, in cooperation with Stichting Pensioenfonds PostNL, inaugurated the SDG Farmland Fund. The new investment solution enables professional investors to focus on global investments in farmland while providing a significant and concrete contribution to achieving the UN’s Sustainable Development Goals. The new investment is a clear sign of the desire on the part of international investors for acquiring rural properties in Portugal for good returns, showing an increasing interest in agriculture.

The month had barely begun when news of Nova Vaga’s €28 million investment in a plot of land on Avenida da Boavista in Porto was reported. The asset is located at Rua Fernando Pessoa and Rua Azevedo Coutinho, which has 3,380 square meters of land area and an above-ground construction capacity of more than 13,000 square meters. The asset is located in the CBD of Porto, very close to Torre Burgo and the Bessa Hotel.

Meanwhile, Millennium BCP concluded the sale of 60,000 square metres of land in Miraflores. The sale comprised 11 plots of land in the Parque dos Cisnes development in Miraflores, municipality of Oeiras. The land will be for residential use, though the sale price and the buyer’s name were not disclosed.

MVGM Portugal signed a new residential management contract for up to 300 homes. The new lease management contract for an international investor with an office in Lisbon provides for an investment in Portugal of between 25 and 30 million euros this year. MVGM Portugal stated that the investor is focusing on the Greater Lisbon residential market, focusing on the areas around the city.

Nexity’s new real estate project, Turquesa, will go up in the Dafundo area, in the municipality of Oeiras, in a 26-million-euro investment. The project will combine proximity to the city centre with the tranquillity of living close to nature in what will be Nexity’s second residential project. Turquesa will have a gross construction area of 6,576 m2 and 61 flats ranging from studios to four-bedroom apartments.

The Portuguese group JOM, which owns a chain of furniture and home shops, is moving ahead with the construction of two buildings in Asprela, Porto, in a 20-million-euro investment in the rental market. One hundred sixty studios are already under construction, next to the Asprela university campus in Porto. Olimpo Studios should be concluded in April 2023.

April was almost over when it became known that Millennium BCP had put 111 hectares of land in Amadora up for sale. The property is set to be the site of a new urban project in the city. The 111 hectares of land located in the centre of Amadora, of which 38 hectares are urban freehold, may allow for approximately 250,000m2 of above-ground construction. The asset is located close to the centre of the city of Amadora and follows along the parish of Mina from the railway line to the neighbourhood of Moinhos da Funcheira.

The group specialising in technical textiles, Endutex, acquired the Rialto building in Porto. The deal’s value was not disclosed, but the property will continue to be used as offices. Endutex bought the asset that was once the head office of the insurance company AXA (now Ageas) and home to one of the most iconic cafés in Porto. The building will undergo a major renovation, receive anchor shops and new tenants. The Rialto building has eight floors, a shop, an overstorey, a basement and a gross construction area of 6,688 m2.

Also at the beginning of April, Firmo, an iconic company from Porto, a leader in the sale of school, stationery and office supplies, acquired Staples’ shops in Portugal. After it was reported in March that fund manager Cerberus intended to sell Staples’ business in Portugal, Firmo was announced as the buyer. The sale price is still unknown.

Meanwhile, the Spanish chain Mercadona announced that it intends to open nine more stores in Portugal in 2021, in a 150-million-euro investment. The company will invest 150 million euros and recruit 500 people to continue its expansion in Portugal.

Also in the north of the country, Borgwarner announced a 25-million-euro investment in a new factory in Viana do Castelo. The new factory, which will be built in the Parque Empresarial de Lanheses, will have 17,000 square metres and start production in 2023, creating 300 jobs. After the Borgwarner group selected Portugal as a base for its expansion in
Europef electrification, this will be the American multinational’s third investment in the municipality.

Reify is building the UMAY Boutique Resort in Melides. Umay is a sustainable boutique resort immersed in the idyllic natural landscape of Melides on the Alentejo coast. The project is distinguished for its eco-conscious architecture, occupying a total of 20 hectares. UMAY Boutique Resort will be an international reference and, therefore, will boast an unequalled level of quality, requiring a solid, structured and integrated development process.

April was just beginning when the 3HB Hotels Group announced it would open a five-star hotel in Faro. The first five-star hotel in Faro will open in June, set within a 2.500 square metre area in the centre of Faro. 3HB Faro is the result of the refurbishment of two buildings, one of which is centuries old, in an investment by the hotel group 3HB Hotels. The 3HB Faro is the fifth hotel that the 3HB Hotels group owns in the Algarve. The value of the deal was not disclosed.