The urban development, which will go up in Los Carriles, will be the target of a €2.3-billion investment. 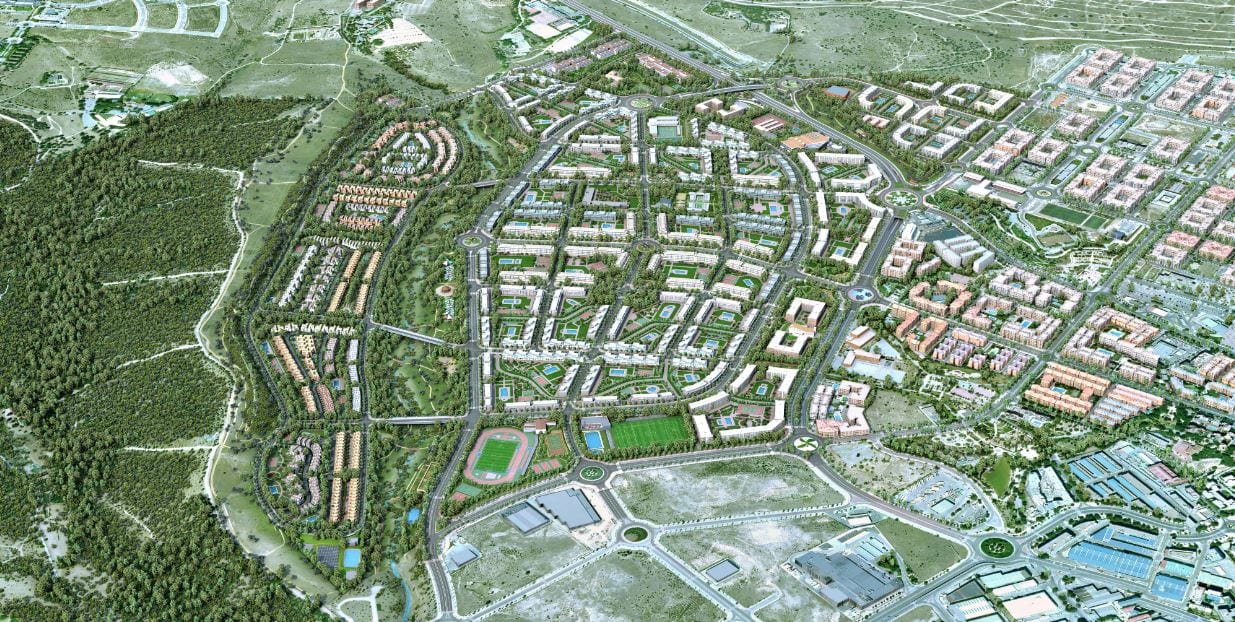 This Wednesday, Alcobendas City Council presented Valgrande, an almost 2.2 million-square-meter urban development that will go up in the area of S-1 “Los Carriles”. Up to 8,600 homes will be built in the neighbourhood. 55% of the total will be subsidised housing (4,730), and the rest free housing (3,870).

Estimates are that the development will mobilise about €2.3-billion in investments between public and private initiatives. Of the total, €850 million will be allocated to urban development work; €1.25 billion to the construction of housing and €200 million for public facilities and amenities.

Last month, after more than ten years of work, the owners of the land – which does not yet include any large developers but rather families who have historically owned the land – signed an agreement with the Alcobendas Town Hall and the Compensation Board, the entity that will manage the development, was constituted.