The Spanish Real Estate Market in May

The acquisition of the Montepino portfolio, one of the most important deals of the year, was completed in May, as well as other important transactions in the hotel and build-to-rent sectors. 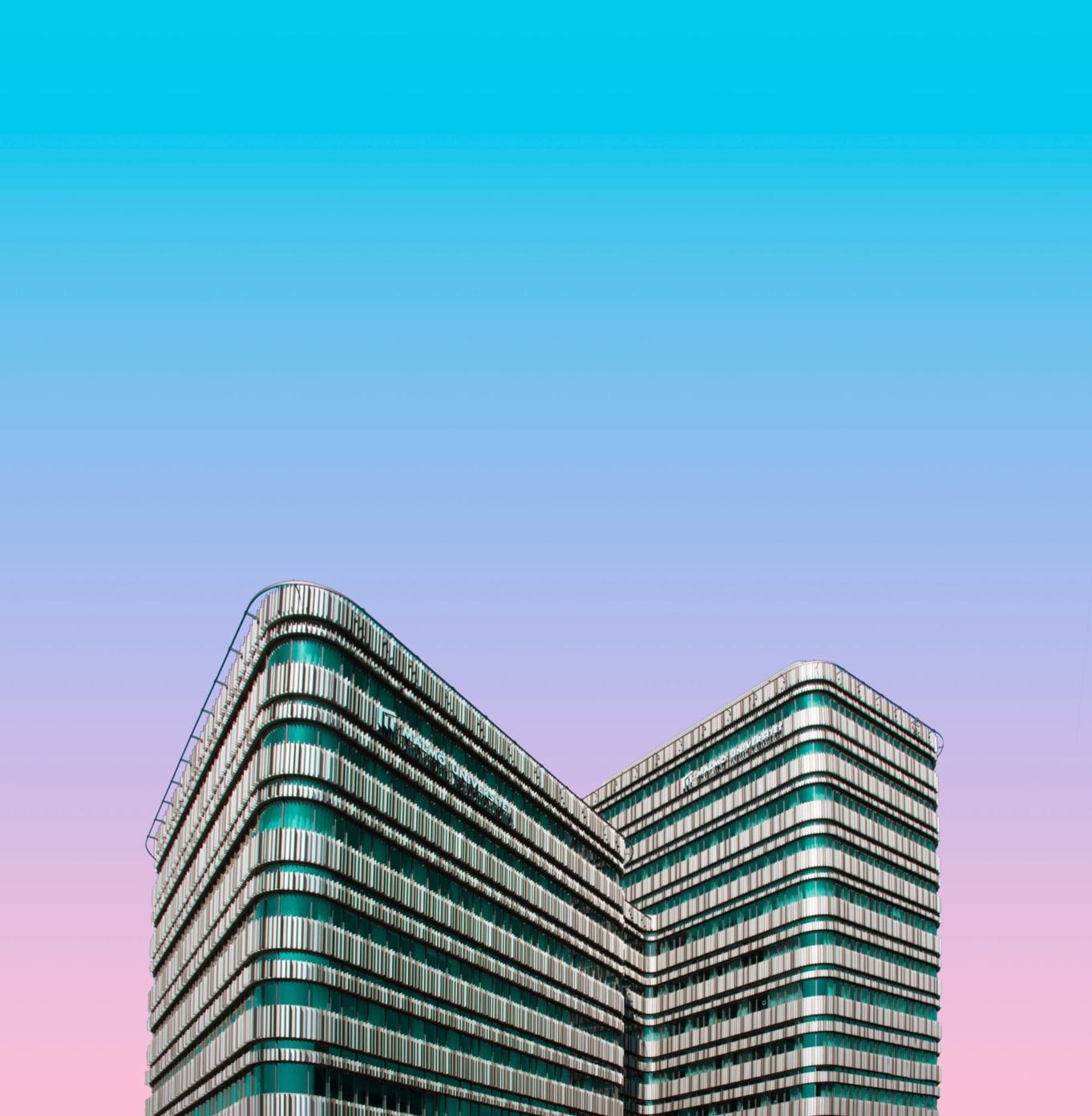 The most important transaction in the logistics sector so far this year, Bankinter’s acquisition of the Montepino portfolio, was completed in May. In addition, some publicly-listed real estate companies presented their results for the first quarter of the year, while large developers issued a series of bonds.

Neinor was one of the companies that presented its results for the first quarter of the year. The developer reported a net profit of 10.2 million euros, which is 160% more than in the first quarter of 2020. Neinor was also chosen, together with Cevasa, as a private partner of Habitatge Metròpolis Barcelona to build 4,500 rental homes.

On the other hand, the real estate company Quabit Inmobiliaria was delisted from the stock exchange on May 25, 2021, after being absorbed by Neinor Homes in a deal announced on January 11.

The Socimi Colonial reported a net attributable profit of 21 million euros in the first three months of the year. The figure represents a decline of 33% compared to the 32 million euros it earned in the same period in 2020. The firm’s revenues reached €78 million, down 9%.

The developer Metrovacesa registered a bond issuance programme with the Alternative Fixed Income Market (MARF) for a total of 100 million euros. The company will use the funds raised to finance the development of build-to-rent projects.

Just a few days earlier, Aedas Homes issued a 315-million-euro green bond with a five-year maturity. The firm headed by David Martínez plans to refinance its current debt -which stands at €228.8 million- and invest in sustainable projects.

In May, a shareholders’ meeting was held for Distrito Castellana Norte. At the meeting, BBVA, the majority shareholder, changed the company’s bylaws to give it preferential purchase rights in the event of divestment by a shareholder. Now, the arbitration court of the Madrid Chamber of Commerce has granted the precautionary measures requested by Merlin and San José, annulling, for the time being, the change in the bylaws made by BBVA -majority shareholder- to eliminate the minority shareholders’ right of first refusal.

The funds Blackstone, Centerbridge, CVC and AnaCap are now in the second phase of the bidding for Tinsa, after submitted bids ranging from 600 to 700 million euros. On the other hand, the Spanish firm acquired a majority stake in the Costa Rican business of the appraiser Valorinmueble.com Conecam (VICN).

The South Korean pension fund Samsung Life has reached an agreement with Savills Investment Management (IM) to invest $1 billion in the vehicle. Under the deal, Samsung Life agreed to buy a 25% stake in the company for £64m (£63.75m).

The Pryconsa group, which the Colomer family owns, bought 50% of the start-up Rento, thus gaining 100% control. The price of the transaction was not disclosed. The real estate company declined to rule out inviting other partners to the project.

The Andalusian company Inmobiliaria del Sur (Insur) acquired a more than 15,000-m2 plot of land in the Madrid municipality of Valdemoro. The real estate company intends to develop 72 single-family homes with communal areas on the site, in which it will invest more than 20 million euros.

In May, Spain’s National Statistics Institute (INE) revealed that the number of new residential mortgages rose by 35.1% in March compared to the same month in 2020, to 36,886 contracts.

The developer Vía Célere signed an agreement with the publicly-listed real estate company Cevasa to manage 2,431 rental homes. The agreement implies that the number of deliveries of build-to-rent assets will be significant from 2023 on and that the homes are being built at risk instead of opting for the turnkey formula in an attempt to increase their returns.

On the other hand, the plenary session of the Madrid City Council approved the management agreement for the development of Valdecarros. More than 51,600 homes will be built in this new neighbourhood, of which around 54% will have some type of protection (28,410 units).

The Pryconsa Group has already signed several turnkey or build-to-rent (BTR) development contracts, which make up a portfolio of 700 homes for delivery by 2024. The units are located in various locations in the Madrid area.

The socimi Home Capital Rentals, controlled by the Polanco and Pérez Arauna families, has finalised its acquisition of a building located at 173 Calle Villarroel in Barcelona for 4.85 million euros. The new structure comprises ten flats and a ground-floor shop.

The alternative investment manager Ares Management cancelled five projects totalling some 500 rental homes it had planned for its socimi Iante. The developer of three of the projects was unable to obtain bank financing due to the pandemic and could not fulfil its commitment. The developer of the other two projects, Aedas Homes, sold them at a higher price to Azora.

Culmia, the real estate company owned by Oaktree, is still committed to the La Solana urban development, which will link Valdebebas with La Moraleja in the northeast of the capital. The firm, one of the major landowners in the area, will invest 92.7 million euros in developing several residential projects – not including the amount spent acquiring the land itself.

During the same month, it became known that Acciona Inmobiliaria had acquired a residential mega-development located in Terrassa (Catalonia). The land was once home to the former 50,000-m2 AEG factory. The company has now announced that it would build 785 homes and a shopping centre on the site.

In May, it was announced that logistics investments reached 164 million euros in the first quarter of 2021. Of the total, 60% corresponds to acquisitions of land for industrial use. According to Colliers, contracting during the first three months of the year amounted to 343,000 square metres in Madrid and 241,000 square metres in Barcelona.

Bankinter Investment finalised its acquisition of the Montepino logistics asset platform from CBRE Global Investors after winning the portfolio in a competitive bidding process, as revealed by Brainsre.news.  The portfolio comprises 22 logistics assets, with a gross floor area of 865,000 square metres. It also includes 13 projects under development, which are expected to exceed 1.2 million square metres.

The Madrid-based family office Yadorwui acquired a 55,000 square metre logistics plot located in the vicinity of the Pineda industrial estate in Seville. The plot includes five warehouses with 30,000 square metres and is part of the site where the food distribution company Supersol used to maintain its logistics platform.

The developer and logistics operator VGP bought a logistics plot of almost 30,000 square metres in the Zaragoza Logistics Platform (PLAZA). The land is located near other land plots owned by the company, which it acquired in 2018 when the developer group began operations in Zaragoza.

GLP acquired a 24,500 square metre plot of land in Santa Perpètua de la Mogoda (Barcelona). The firm has stated that it would build a logistics warehouse with a storage capacity of 13,900 square metres on the site.

Last week, Mercadona completed its sale of a portfolio of 27 supermarkets to the Israeli fund MDSR in a sale & leaseback agreement. Juan Roig’s company earned more than 100 million euros in the transaction, according to industry sources.

The Latin American investment group Onix bought the Madrid Sur shopping centre from HRP, the alliance of Baupost, GreenOak Real Estate and the Spanish developer Grupo Lar. Company sources have confirmed the sale to Brainsre.news. The asset has a surface area of 24,000 m2, is a neighbourhood shopping centre located in the Madrid neighbourhood of Vallecas.

The Dutch real estate company Ten Brinke will invest more than 25 million euros to build a more than 20,000-m2 retail and business park in the Cadiz municipality of San Fernando. In addition, the developer will finance the urban development works and the electrical substation that will serve the bay’s tramway.

The Swedish investment firm Sagax paid 50 million euros for the property occupied by Ikea in Palma de Mallorca. The home decoration and furnishing giant has a 25-year lease, with the right to terminate it in 2036 or 2041. Ikea pays 3.15 million euros per year for the lease.

Bankinter Investment bought the property located at 11 Puerta del Sol. The bank has structured a vehicle for its private banking clients that has purchased this asset from Thor Equities and Invesco. The property has 1,344 m2, spread over three floors, and used to house the El Corte Inglés bookstore.

The investment manager IBA Capital acquired the former headquarters of Isban, an office building located in the municipality of Las Rozas, Madrid. The company bought the asset from the family office Naropa Capital, owned by the Fernández Fermoselle family.  The building has 10,578-m2 of above-ground surface area and was recently refurbished.

A private investor has purchased half of the twelfth floor of the Castellana 91 building in Madrid. The building has 609 m2 of office space in the heart of the Spanish capital’s prime business district. The transaction amounted to almost four million euros.

Franklin Templeton acquired a 9,900-m2 office complex in Barcelona’s 22@ district, which is leased to the Generalitat de Catalunya. The building is currently 80% occupied by the Catalan Employment Agency (Servei Públic d’Ocupació de Catalunya), which will take over full occupancy of the property from October 2021.

Also in Barcelona’s 22@ district, the investment fund manager Meridia Capital purchased an office building from Zurich through its subsidiary Meridia IV for 10.3 million euros. The asset has a surface area of 4,300 square metres, and the management company will invest 3.5 million in the building’s refurbishment.

Meanwhile, Insur has acquired the plot located next to the Tabacalera building in Malaga, where it will build a prime office complex called Ágora. The company was awarded these plots after a public bidding process, where it submitted a bid for 8.8 million euros for the land.

It was announced in May that overnight stays in hotel establishments fell by 70.6% in the first four months of the year compared to the same period in 2020, according to the INE.

The NH and Meliá hotel chains have announced that they will divest properties to raise funds of close to 400 million euros, mitigating the ravages of the pandemic. To achieve this figure, the companies will put up to 90 resorts on the market.

For its part, the NH chain has put the NH Collection Eurobuilding in Madrid, one of the group’s most iconic hotels, up for sale. With the sale, the company expects to earn between 150 and 200 million euros. However, even if the chain sells the hotel, it will continue to operate it through a sale & leaseback transaction.

The Socimi All Iron RE I acquired a new property in Barcelona for 15.4 million euros. The company intends to transform the building, which currently houses the 3-star Gran Ronda hotel, into a complex of 38 serviced apartments.

The former Hotel Internacional in Puerto de la Cruz has been acquired by a company from the Canary Islands looking to completely refurbish the property and convert it into a residential complex. The property will be transformed into a building with flats, penthouses and studios with parking.