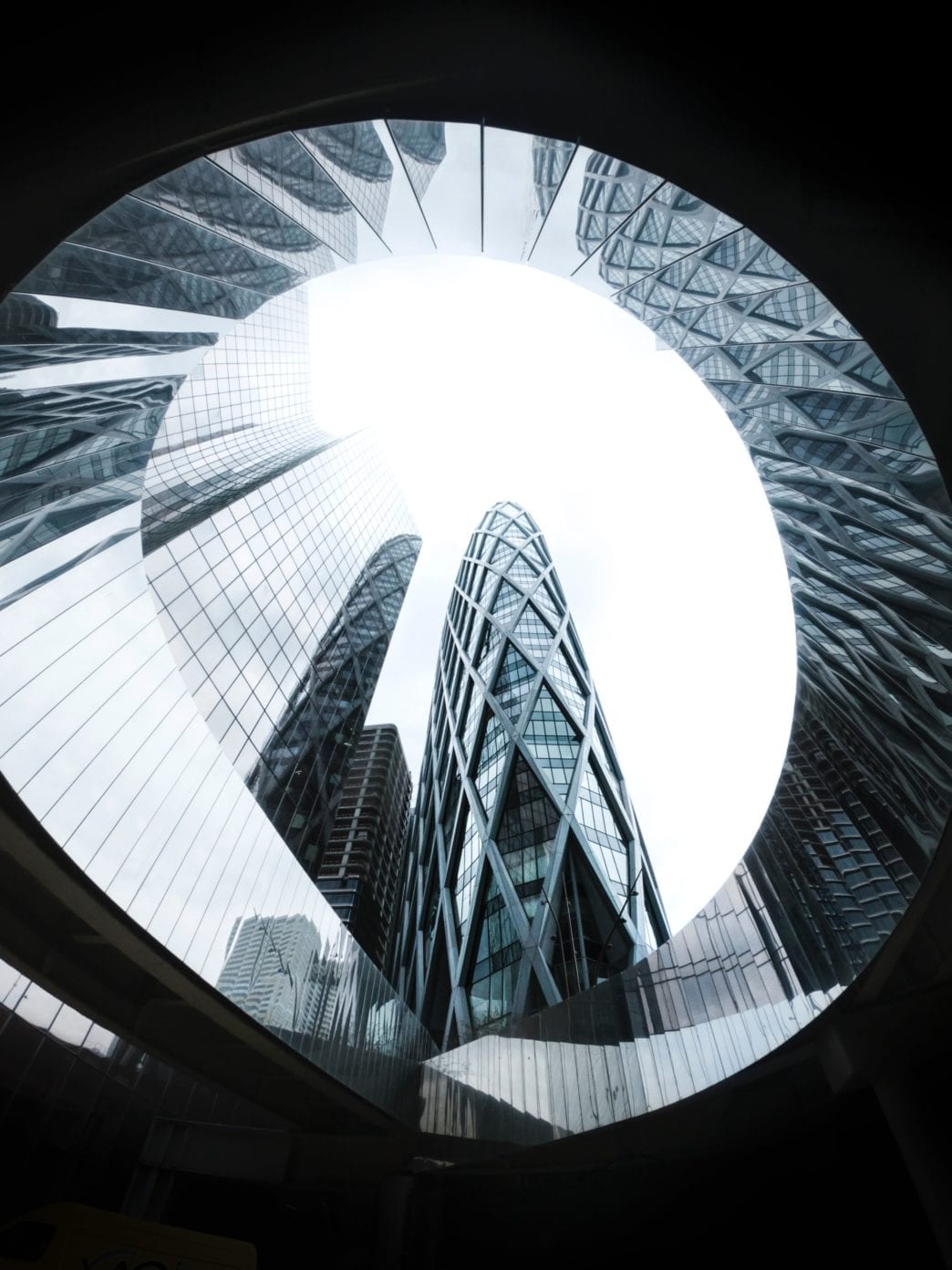 In March, developers released their latest financial results, and the impact of the third wave of the Covid-19 pandemic on investment in the first quarter of 2021 is starting to be more fully understood. Meanwhile, operations related to build-to-rent (BTR) developments are dominating the investment arena. And we’re still waiting for details of Spain’s new Housing Law.

Executives from Neinor Homes, Vía Célere, Aedas Homes and Asprima, speaking at the first B-Talks meeting, organised by Brainsre.news, all emphasised that the sector has successfully withstood the Covid-19 crisis. Since September, the four have sold more homes than in 2019.

Vía Célere has already published its results: The developer controlled by Värde booked a net profit of €49.7 million, 121% more than in 2019, and increased its revenues by 81% to €657 million.

The developer has tapped financing worth 300 million euros, obtained from its innovative green bond issue, the first in the sector in Europe, to fund its leap into the rental business.

March also saw Culmia take a major position in the market: in addition to announcing new incorporations focused on the marketing and communication area, the company finalised a major transaction, a record land sale to Vía Célere, and has announced its BTR plans. Oaktree’s real estate fund has just completed the sale of 210 rental homes in Barcelona to DWS for 80 million euros, and it wants to increase its portfolio to more than 1,000 homes.

Vía Ágora also began operations: its CEO, and also president of Asprima and the APCE, José Antonio Gómez-Pintado, has announced that he is entering the refurbishment market with his new industrialised housing firm.

And in line with the rush into the rental development business, Darya and its management and investment company Dazia Capital are launching two new business lines aimed at short and medium-term rental and development for rentals, with an expected investment of 300 million euros. At the same time, Sonae Sierra announced that it would incorporate a company to develop student housing and residences under a new brand.

During the month, new international funds entered the Spanish market or doubled down on their existing investments. Greystar, the US firm, has set aside €100 million to acquire new assets and €200 million to invest in the development of build-to-rent projects.

The publicly-listed company Cofinnimo is negotiating to acquire the Vega portfolio, which comprises eighteen residences in Spain, and another six in Italy, for close to 350 million euros. On the other hand, other companies seem to be cashing in on previous bets: Blackstone is putting part of its portfolio of rental properties in Spain up for sale.

New companies are also entering the fray: Alantra and the ex-founders of Aelca are joining forces to launch their real estate management company. And lastly, Metrovacesa will propose a dividend of 0.40 euros per share, or 60 million euros in total, to a shareholders’ meeting on May 5th.

According to data from BNP Paribas Real Estate, residential investment accounted for 38% (705 million euros) of the total capital invested in Spain in the year to April. Even so, the total amount posted a drop of just over 30% compared to the fourth quarter of 2020, impacted by the third wave of the coronavirus pandemic and the attendant uncertainty for the economy. An interesting question to consider: Buy-to-let, will it continue to be as profitable as before Covid-19 came on the scene?

This month, the full impact of international buyers’ disappearance from the residential market came to the fore. Acquisitions of homes by foreign buyers fell by 25% in 2020 to 47,500 transactions. According to the country’s public registrars, international buyers accounted for 11.3% of all sales and purchases in 2020, compared to 12.6% in 2019.

The most notable transactions were Grupo Lar and Primonial’s acquisition of five turnkey projects, comprising 655 homes, from Aedas Homes for €120 million, and Neinor Homes’ purchase of a portfolio of 400 homes for approximately €58 million.

In addition, the Vía Célere remains strongly committed to the build-to-rent business and has selected land in Madrid, Malaga, Valencia, Seville and Baracaldo (Vizcaya), where it will develop a portfolio of 2,431 homes for rent.

In addition to these types of operations; BTR and PRS (Private Rented Sector), partnerships between developers and investment funds are continuing, aiming to develop rental housing stock. La Finca is considering renting part of its prime housing project in Madrid. Aedas Homes has also sold a portfolio of 300 homes to be developed for rent to a Lazora company.

At the macro level, Euribor recorded its first rise, although it has been negative for five years. The Madrid business community is waiting for the countdown to bid for the most profitable properties in Madrid’s Plan Vive rental plan, which we have analysed as part of our B-Exclusives.

The market continues as a safe haven, attracting continual investment. The wave is sweeping across Europe: logistics investment reached €39 billion in 2020, 24% more than the average of the last five years, according to Savills. In Spain, Catalana Occidente finalised its first investment in the sector, acquiring six warehouses.

In a significant move, Indosuez and Azora created the first last-mile logistics socimi. The socimi owned by the Spanish management company and the French firm has been named Milepro and expects to raise 60-million-euros in capital in April. The US group Scanell has also hired Javier Inchauspe, formerly of Merlin, to lead its entry into the Spanish real estate market, preparing to acquire two land plots.

Brainsre has carried out an analysis of Amazon, the US e-commerce giant, which has 29 assets in Spain, including large logistics platforms, hubs, and offices. Panattoni plans to invest 190 million euros in developing twelve logistics projects on the peninsula, totalling more than 200,000 square metres. Finally, Mountpark has leased the largest built-at-risk logistics centre in Spain to Carreras.

The two most sought-after asset types were supermarkets, with transaction volumes of less than 10 million euros, and commercial premises in exclusive locations. For example, Brickbro has placed 25 storefronts in Madrid and Barcelona for sale, valued at a total of €14 million.

The most significant transactions in the month were BMO’s acquisition of the store located at calle Portal del Ángel, 9-11, in Barcelona, for 80 million euros and the sale of a portfolio of 22 Eroski supermarkets to the British investment fund Blackbrookv for approximately 59 million euros.

In addition, Baraka added 11 Conforama stores in Spain and Portugal to its portfolio for 140 million euros. At the same time, the conflict between Aena and the commercial operators continued.

Teleworking continued to impact the office market, as you can hear in brainsre.news’ sectoral podcast on the future of this market. Investment fell by 48% to 2 billion euros in 2020, according to KF. But investor interest has continued unabated: the Corum fund acquired the offices in Las Rozas occupied by the former Foster Wheeler. Iberdrola Inmobiliaria placed 25,000 m2 of office space on the market in Madrid while selling another property in Malaga to Innovalis, a repeat buyer.

Mazabi, the Spanish property manager, is selling the Recoletos 23 office building in Madrid for 12 million euros; furthermore, it does not rule out selling the property where it plans to build a luxury hotel in Atocha, while also finalising investments of more than 400 million euros in Spain.

This sector continued to suffer the effects of the pandemic and the different degrees of confinement. Overnight stays in hotels fell by 86.5% in February, and turnover fell by 28%.

A succession of news regarding adjustments to asset prices followed the drop in activity, resulting in a series of deals — the latest involved Smart Rooms, which acquired the UMA House Pau Claris hostel in Barcelona. Urbania is also selling a hotel to Greystar, AXA and CBRE GI in Valencia.

The islands have also been a focus of transactions: Navis is finalising its acquisition of four hotels in the Balearic and Canary Islands. Some hospitality groups are also looking to divest some assets: B&B is selling its last hotel in the Iberian Peninsula. At the same time, Oca Hotels is selling two hotels in Spain and focusing on its expansion in Brazil and Portugal.

The Israeli group Nistba bought the Hotel Cortés in Barcelona nine million euros. Finally, the socimi Millenium posted a loss of 15 million in 2020 despite increasing its revenues by 77%.

In the coming years, a large number of small and medium-sized portfolios will come onto the market, at altered prices, according to experts at a presentation organised by DD Talks, reflecting interest in the sector. NPL transactions worth €700 million have been finalised so far in 2021, and this figure is expected to rise to €7.1 billion by year-end.

Sabadell and BBVA are leading the way in the sale of such bad debt portfolios: both institutions have divested assets worth €1.85 billion. Quinlan is acquiring debt worth 100 million euros, and the Oaktree fund is selling assets in Spain through 740-million-euro securitisation.