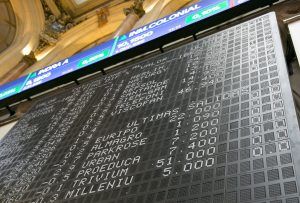 The five major real estate companies on the MAB collectively amass assets worth €6.4 billion. The Socimis General de Galerías Comerciales and GMP are the companies with the most valuable portfolios, worth €2.2 billion and €2.1 billion, respectively. Whilst Castellana Properties’ portfolio is worth just over €1 billion, Millenium and Fidere’s portfolios are valued at €319 million and €683 million, respectively.

The Socimi General de Galerías Comerciales is the most valuable company on the MAB, with a market capitalisation of €3.7 billion and a real estate portfolio worth more than €2.2 billion as of 30 June 2019. The portfolio of the firm chaired by Tomás Olivo includes nine shopping centres, such as La Cañada in Marbella, which is valued at €700 million. During the first half of 2019, the firm generated a profit of €125 million.

Culmia to Invest €450 Million in Land

Culmia to Invest €450 Million in Land