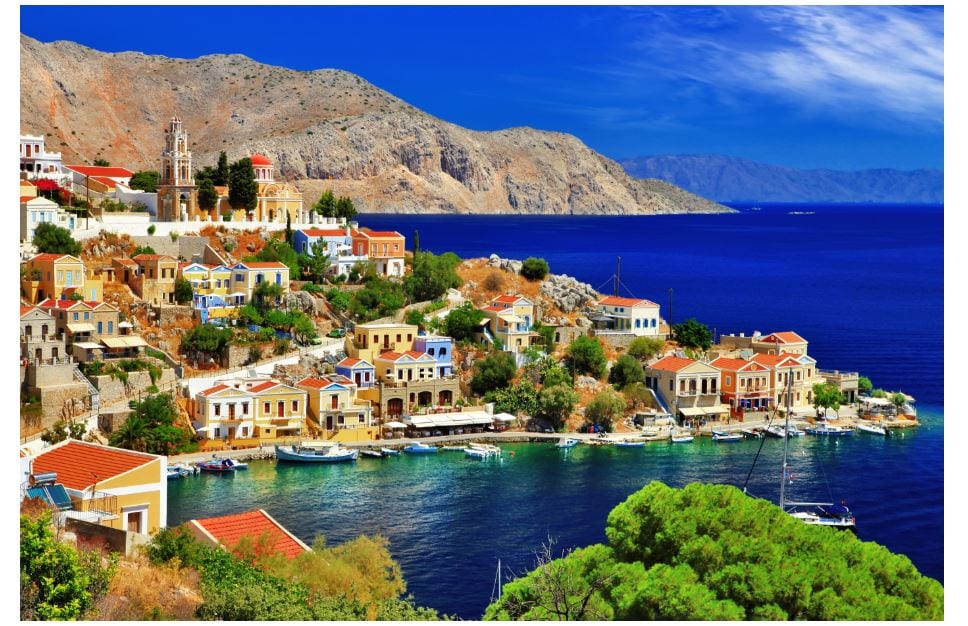 Office buildings and spaces, logistics centres and hotels, have driven the Greek Real Estate market in April, following the trend of the last months. As the pandemic seems to be entering its dawn, investors showed more enthusiasm and trust in hotels, especially on the islands, but in Athens as well.

While the summer days come closer the market is waiting for the dust to settle and the day after, especially before investing or transacting malls and retail.

Meanwhile, the Government announced its plan to release the office buildings leasing in downtown Athens and move 9 ministries -a big chunk of public administration- to a state-owned space, the former PYRKAL facilities at Ymittos. The new Government Park will cost over €250 m, to be ready in 5 years.

Back to the April transactions in the Greek market, the following was announced:

Many transactions and construction permissions were announced in April, mainly for hotels on islands but also in Athens. According to the announcements, NOVAL is planning a new apartment and office building in Metz, Athens. The new investment is a building located on a plot of 873 sq.m., on Ardittou Street, one of the most important roads that essentially connects the southern suburbs of Athens with the city centre, bypassing Syntagma square, and very popular tourist attractions.

On another note, the Nikos Daskalantonakis-Grecotel Group acquired five resort hotel units, in Mykonos and Corfu with a total capacity of 1,800 beds at a total price of €61 m. The takeover agreements concluded after many months of negotiations and include 3 separate transactions. An additional €43m will be allocated for the expansion of the hotels.

Also in Crete, a new five-star hotel is under construction at the Xirokampos location, in Rethymno. The new hotel is a large 5-star unit, with a capacity of 540 beds and 179 apartments, within a plot of 70,759.52 sq.m. The hospitality complex belongs to Troulis Bros.

On another island, one of the Sporades complexes, the Dervenis Family purchased the historic Alkyon Hotel. The historic Alkyon Hotel first opened in 1975 and to this day operates as a 3-star hotel with 89 rooms and 5 suites. The company’s investment plans include the complete modernization and renovation of the hotel and an upgrade to 4 stars.

On the mainland, and the Argolic Riviera, the new 5-star Infinity Hotel has received the green light in terms of environmental conditions. The project is a new 5-star hotel by the company Utherton Ltd of Cypriot interests that will be managed by the company Zoniro. The hotel will be constructed in Ermioni at the Kouverta – Perle – Bourloto location.

Another logistics centre in Attica has changed hands in April. Premia Properties announced the acquisition of logistics property, with an area of 9,443 sq.m. on a plot of 22,995 sq.m. The logistics centre is leased to the company DIAKINISIS SA through a long-term lease that expires in 2029. The price amounted to €5 m

On another note, new logistics investments are being launched by the Orpheas Veinoglou group, which recently inaugurated the Orphee Beinoglou Logistics Park, with a total area of 45,000 sqm. The park was built by Ten Brinke. With the inauguration of Orphee Beinoglou Logistics Park, the group completed its 2-year investment program, however, given the growing demand for logistics and courier services, it is launching new projects

Motor Oil announced an agreement for the acquisition of a portfolio of 12 wind farms. The company Teforto Holdings Ltd, of the Motor Oil group interests, was the preferred investor in the tender, announced by Fortress. Motor Oil’s offer estimates the total enterprise value of the parks at approximately €425 m. The portfolio includes 11 parks with a capacity of 220 MW. Two of them, in Fokida and Viotia, started operating in 2019.