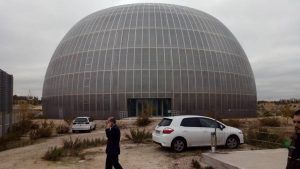 The Supreme Court of Justice of Madrid has ruled in favour of the Community of Madrid in its lawsuit against the construction companies Acciona and OHL for the award of the contract to build and operate the Ciudad de la Justicia in Madrid, according to Cinco Días.

Last Tuesday 3 March, the court dismissed the appeals filed by the companies Acciona and OHL against the ruling issued by the Superior Court of Justice of Madrid, on 3 November 2017, which also went in favour of the Community of Madrid. It upheld the Order dated 17 November 2015 from the Ministry of the Presidency that ordered the withdrawal of the award procedure for the Ciudad de la Justicia.

The Fund Sixth Street Acquires a Stake in Vía Célere